What is First Five SC?

First Five SC transforms the way families access publicly funded early childhood programs and services in South Carolina. Through a single online portal, families and their advocates can find information about child care, health, early intervention, nutrition, and parenting support programs in their area. The single online application makes it easy to check your eligibility in just a few minutes for more than 40 services.

What is the purpose?

Who does it serve?

Parenting young children is multifaceted and families are usually dealing with more than one need at any given time. First Five SC accommodates the real life complexities of families by providing cohesion between publicly funded early childhood programs and services in South Carolina with one singular application for families. By answering a few questions, families and their advocates can locate publicly funded early childhood services that they may qualify for in their area and apply for all applicable services in one application online. 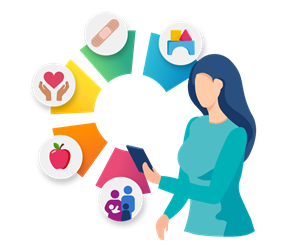 First Five SC began as an idea in 2019 with a simple principle: families deserve a responsive one-stop portal to learn about public programs and services to help with their child’s growth and development.

First Five SC is committed to serving as a holistic tool for families to increase knowledge, choice, and access. First Five SC aims to support communities and professionals who help families across the state.

Sixty publicly funded programs and services are included in the initial launch of First Five SC in December 2021, and 44 of those programs are also included on the common eligibility screener. The common eligibility screener is easy for families to enter a few pieces of information about their child, household and circumstances, and find out which programs they may be eligible for so they can begin the next steps of enrollment. These early childhood programs and services are staffed and resourced by state agencies listed on the flow of federal and state funds into SC. Many of these agencies are members of the Early Childhood Advisory Council, representing SC’s early childhood system. 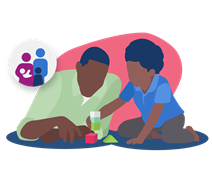 First Five SC is a continually developed and publicly-owned portal. It has the possibility of expanding to include additional publicly funded direct family-serving programs and services.

In 2022, we start development for a common service application, where families can enter information into one application for participating early childhood services.

The project described was supported by the Preschool Development Grant Birth through Five Initiative (PDG B-5), Grant Number 90TP0080-02-01 from the Office of Child Care, Administration for Children and Families, U.S. Department of Health and Human Services.

First Five SC logo - The logo can be added to a website as a reference for parents. (link to https://first5sc.org/)

Stay up to date on News + Events.